In an age where fans clamor for Hip Hop with soul and feeling, Jansport J’s production is a modern continuation of legends such as Pete Rock and J Dilla. Much like his hometown of Covina (a smaller city just outside of Los Angeles), his career has remained under the radar until recently. Released in February 2014, The Soul Provider LP is Jansport J’s official arrival after a notable grind that included a string of fully independent projects (such as the Urban $treet Americana LP with rising LA emcee El Prez) and production features for artists such as Dom Kennedy, Glasses Malone, Ab-Soul, Planet Asia, World’s Fair, with his greatest exposure coming from none other than West coast icon Snoop Dogg. Speaking on this pivotal release he says, “This album was about me stepping into my own. My past instrumental albums were about growing and trying to get to a certain point, and I didn’t have a concrete place I wanted to be. I just knew that one day it would feel like it was where I was supposed to be. I feel like this was the first time that I had my own sound, I was placed here to reinterpret soul music.”

Inspired by his atmosphere and musical geniuses of the ‘90s, the experiences and conditions that shaped Jansport J’s craft were anything but average. Covina’s impact on his creativity cant be understated, as he notes “It’s very diverse. I grew up with Mexicans, Filipinos, white kids and black kids.  In between LA and the Inland Empire, we have all of those cultures together. Listening to a little bit of everything is why I’m able to do different styles of production. I try to be flexible and that’s a product of being able to adapt to different cultures.” While Jansport J’s cast of heroes has included Pharrell, 9th Wonder, Madlib, DJ Premier and Swizz Beatz, it was Timbaland to originally spark his passion when he heard Missy Elliott’s ““I Cant Stand The Rain” at the age of 11. Beginning to make beats in high school, he fondly looks back on those days saying “The first time I heard Timbaland and 9th Wonder, if 10 years from now someone could say I was one of their influences, then I did what I was supposed to do.”

An important part of Jansport J’s repertoire is remaining grounded and sticking to strict principles, often a rarity in the entertainment field. Nicknaming himself The Pharaoh, he explains “When I was growing my beard out, a lady at church told me I reminded her of a pharaoh and my mom brought me up to carry myself as a king whether you have a lot or you don’t. The name is me declaring who I am, as a king you have to be humble, work hard and be able to provide for your people.” This mentality translates through his art, as Jansport J seeks for his sound to be relatable and universal declaring “I try to put emotion into my music. I’m not really after going out and making the crazy banger records, but I definitely want to make something people can vibe to that makes them feel something. That’s what my gift is.”

Putting out The Soul Provider LP through Delicious Vinyl has been a dream come true for Jansport J.  He has chased this moment with relentless determination, recalling “I had the chance to get up there and I was playing beats for Fatlip and Tre of The Pharcyde. I was there every weekend for a year and a half, and when it made sense I came to them with my album. It’s been family ever since.” His plans for the immediate future are to shoot visuals for the album and tour internationally, with more song placements down the line and hopes of one day collaborating with the likes of MF DOOM and Ghostface Killah.  Jansport J’s overall design with The Soul Provider LP is to have something that stands the test of time, making this mission clear as he states “There’s way too much music out. I want to get back to where people made an album and they made the fan live with it”. 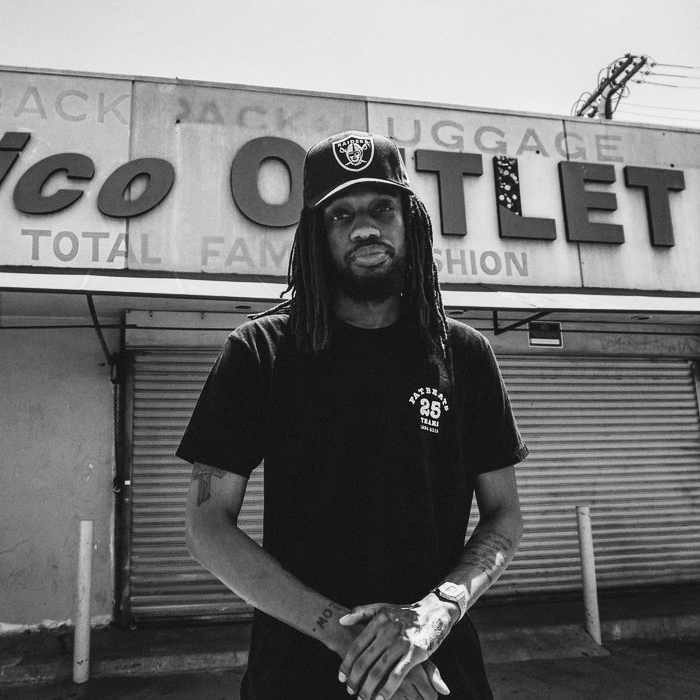