Of the blessing and attendant pressure of entering the game with a debut album wholly produced by his legendary brother, Illa J says: “It’s like if Michael Jordan had a younger brother who came into the league playing on the same team — but this time Dilla is playing point guard, feeding me the ball, and I’m driving in to score.”

When Jay Dee passed away from complications relating to lupus in February 2006, he left behind an extraordinary legacy of production work, including hits for Common, Janet Jackson, and Busta Rhymes. One mother lode of previously untouched beats dates from his time working on the Pharcyde’s sophomore album, Labcabincalifornia (Delicious Vinyl, 1995). As Delicious Vinyl owner and founder Michael “Mike Floss” Ross explains: “From ’95 through ’98 Jay Dee was my go-to guy for hot beats and remixes. He was always making beats, always. So there was a select amount of tracks that he composed for me during that time, tracks as good as anything he’d done, only they never got used. When I finally met Illa J last year, I gave him a CD containing those unreleased beats.”

In a case of pure serendipity, 21 year-old Illa J had just relocated from Detroit to Los Angeles and constructed a studio built using Jay Dee’s recording equipment. He dubbed it Yancey Boys Studios in tribute to their fraternal bond. “Dilla was 12 years older than me,” Illa J says. “So back in the day in Detroit I was just a little kid, sitting on the stairs in our house, watching him make those first beats for Slum Village. I always felt my brother’s tracks and had an instinct for what I wanted to do over them.” When Illa J set to work in early ’08 recording the album, the project flowed quickly as he entered the proverbial can’t miss zone. The name of the studio rightly became the title of the finished album, Yancey Boys.

Yancey Boys opens with “Timeless”, a heartfelt rumination on Illa J’s mindset as he plunged into the making of this immersive album: “It’s time to turn that nothing into something.” Twelve tracks later, the album closes with “Air Signs”, Illa J’s own meditation on his family’s artistic traditions. Between these bold bookends is an album that will be considered one of hip-hop’s great debut achievements.

Yancey Boys includes Illa J’s debut single: “We Here” b/w “R U Listenin”. “We Here” is a freshly minted hip-hop classic, Illa J’s soulful tenor delivering the hook: “We poppin’ bottles like it’s first day of the year.” Illa J confirms the feeling: “Somebody could be in a hoopty but the Jay Dee beat sound so good it make them feel like they riding in a Phantom.” “R U Listenin” is a thumpadelic tribute to Detroit featuring Stones Throw recording artist Guilty Simpson, Illa and Guilty trading hot verses “sending love to the 313.” Of the collaboration, Guilty Simpson exclaims: “Illa J is a young talent in his own right with many dimensions — a real force who’s obviously the product of great stock!”

Illa J: “‘We Here’ is a celebration of waking up every day. Why not live out your dreams, why not try?” Of the lyric “Let’s go crazy/ You saw Purple Rain” Illa J explains: “It’s like Prince asking ‘Are we gonna let the elevator break us down?’ Naw, let’s go all out! One of the things I learned from my brother is that you don’t get that much time, so make the most of it. That’s why I’ve decided to dedicate my life to doing what I love: music. To work with Mike Floss and Delicious Vinyl, the label that released those hits my brother made with The Pharcyde [“Runnin’” and “Drop”] is really special.”

Delicious Vinyl’s Michael Ross: “Illa J can write, sing, play instruments and rap. Not just a little bit of each — he’s really the complete package! Anyone who loves Jay Dee’s music is going to flip out when they hear what Illa J’s laid down over the top. For over a decade these beats have been waiting in the vault for this moment. It’s like Jay Dee made these tracks with an extrasensory purpose, so that Illa J could make this album. This is exactly what they were meant for. These beats belong to Illa J, they’re his birthright, and I really believe Jay Dee would be proud of the album his brother has made. It’s the Yancey Boys baby!” 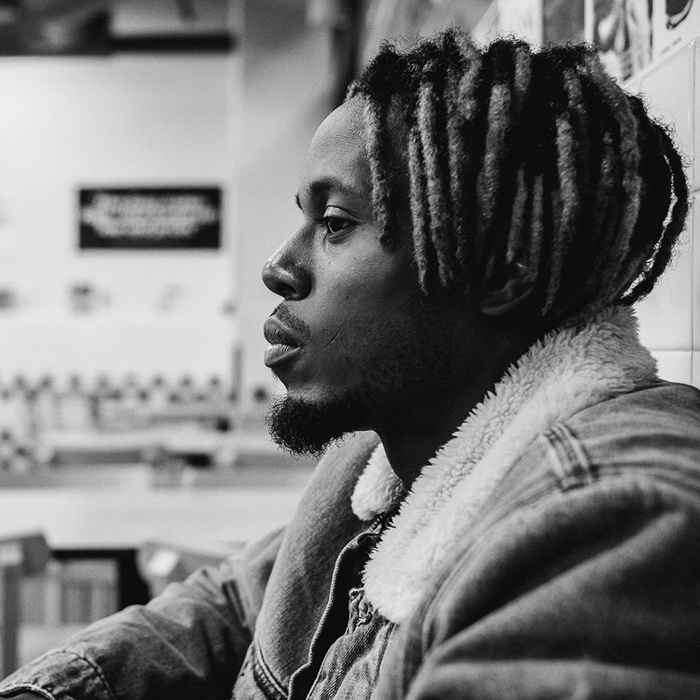