Ever since Motown moved to Los Angeles, sunshine and good vibes have been luring the Motor City’s most musically minded to make the same migration. Now, one of Detroit’s trustiest hip hop MCs, Frank Nitt (Frank’N’Dank), heads west to team up with producer Terrace Martin (Snoop Dogg’s Ego Trippin’), hot hookman J.Black, and Cali legend DJ Quik for the new Delicious Vinyl single: “Love”. A perfectly pitched summertime sizzler, “Love” is a celebration of devotion with the slinkiest synths since Zapp and plenty of bump for your swim trunks.

“Frank’s incredibly prolific,” says Floss. “He was playing me songs he’d recorded in the past six months, and when I heard ‘Love’ I knew it was a song I wanted to put out. Combining Terrace’s sparkling West Coast sound with the perspective that Frank brings as a native Detroit MC, topped off with a beautiful hook by J.Black and you got yourself a party starter. The fact that this cut’s for the ladies just shows we got our priorities straight!”

Floss isn’t the only one to fall in love with “Love.” When producer Terrace Martin played the unfinished song to West Coast legend DJ Quik, Quik quickly volunteered his mixing and mastering skills as well as contributing a verse to the finished version. Because sometimes you can only beat the heat with more heat. Though it helps to have a swimming pool too. 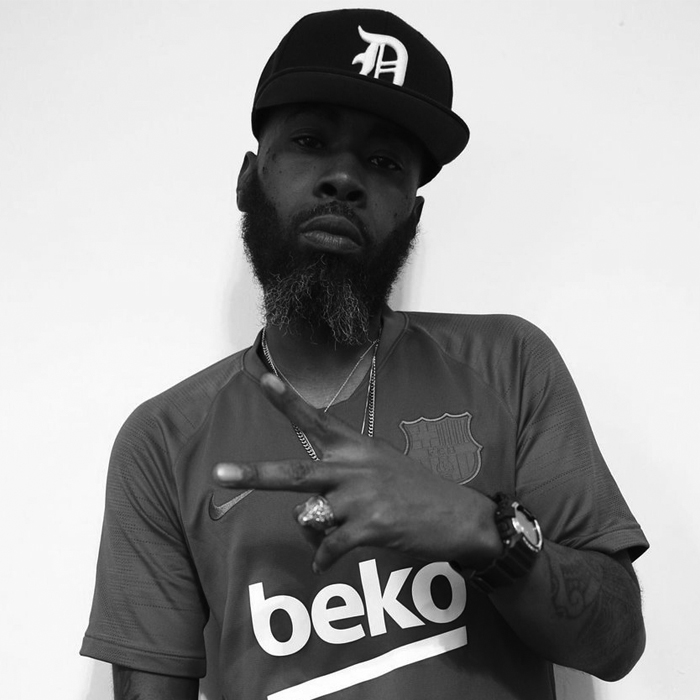